Album review: Thokk – A Trance for the Ever-Toiling Witch (1995) 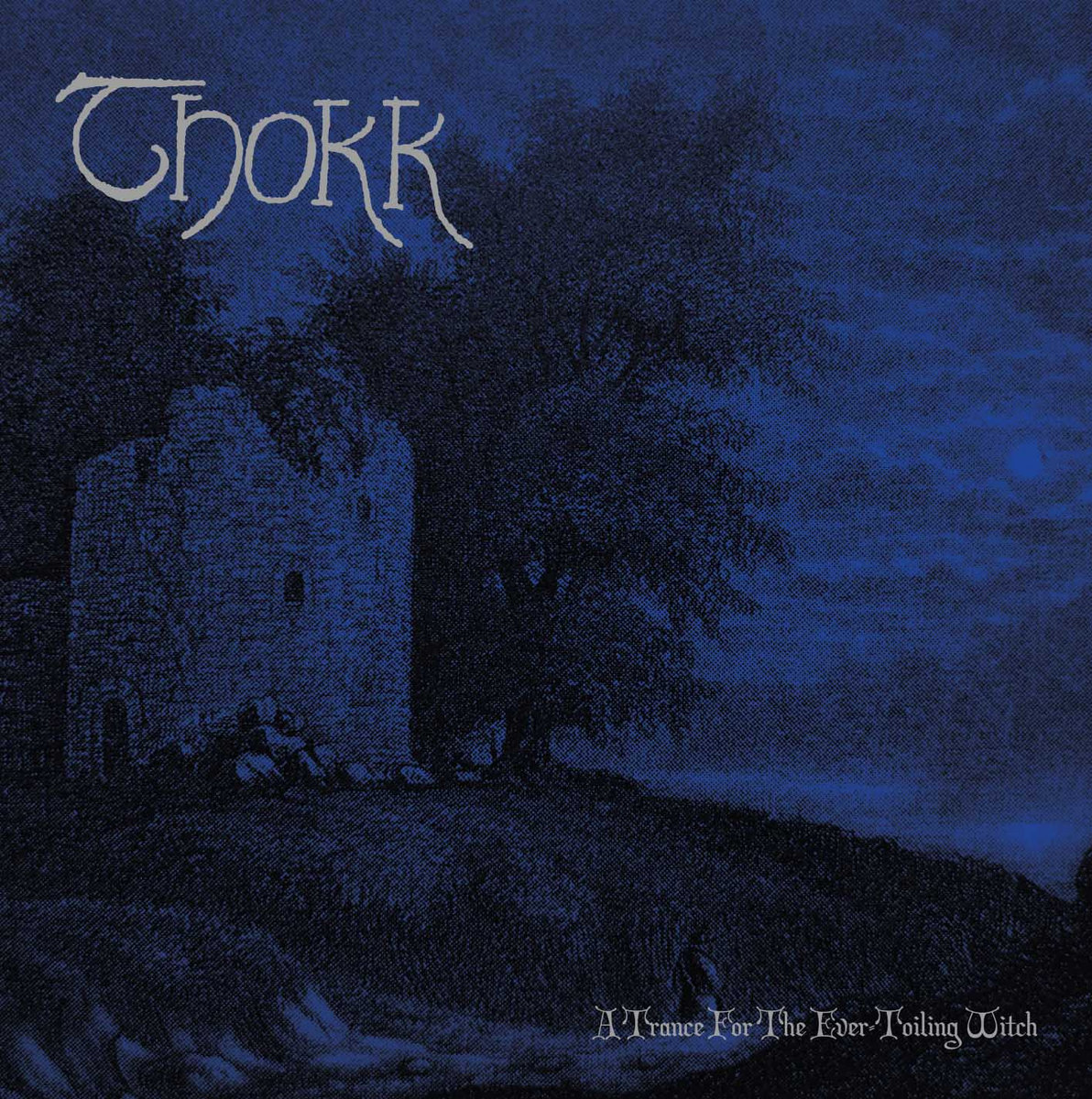 For the first part of Umbra’s classic review series, I wanted to look at a forgotten piece of USBM history. Thokk was a Virginian black metal band that was active from 1994 to 1997. The band consisted of two noteworthy individuals: Thegn Damieus the Marauder (Arghoslent, ex-Grand Belial’s Key) and Lord Vlad Luciferian. While the second member may not sound familiar, you might know him by his other pseudonym, Lord Kaiaphas (Thokkian Vortex, ex-Grand Belial’s Key, ex-Ancient). Thokk’s debut demo––A Trance for the Ever-Toiling Witch––was originally released by the band in 1995. The album has long remained an obscure relic of the 90s USBM scene. Thankfully, it has been given new life through a reissue by Sinistrari Records in 2021.

The Marauder writes all of the music and a majority of the lyrics for A Trance for the Ever-Toiling Witch. The album is separated into two “Evocations.” The First Evocation comprises five tracks, which pay homage to the Norwegian black metal scene. The Marauder’s songwriting is a major highlight of this record. Not only do his guitar riffs exhibit a burning intensity, but there is an element of melodicism to them. The Marauder’s talent as a drummer shine here, as well. While they strongly resemble the work of classic bands––like early Carpathian Forest and Ancient––the Marauder’s drumming performance fits the music in an enjoyable manner. Most notably, each song has a dark ambient/noise intro and outro. This inclusion adds a sense of eerie mysticism to each track.

Another highlight is the emotive vocals from Lord Vlad Luciferian. Lord Vlad has always been a talented vocalist, and his performance here is a perfect representation of this statement. In songs like “Wolf-Hymn,” Lord Vlad unleashes his soaring screams alongside Marauder’s melodic guitar riffs. With this combination, the track has an epic and awe-inspiring aura. “Of Rape and Vampirism” is the most unique track out of all the songs on the First Evocation. This is due to the array of voices that Lord Vlad brings into the mix. At one point, he will be doing the usual black metal screams. Then Lord Vlad will suddenly shift to a deep spoken-word style, which complements the vampiric tone of this song. At the end of the track, he briefly sings with Marauder’s riffs. Though Lord Vlad’s vocals might come off as over-the-top and silly at times––especially on songs, such as “Of Rape and Vampirism”––there is an inexplicably honest charm to them.

A Trance for the Ever-Toiling Witch provides a solid listening experience for the most part, but there are a few elements that may turn some people away. For example, there is the album’s Second Evocation. While the First Evocation consists of mainly black metal songs, the second one contains three tracks of pure dark ambient and noise. As a fan of these two genres, I must admit the songs on this part are enjoyable. However, if you are not into dark ambient and noise, the Second Evocation will come off as quite lackluster.

All in all, Thokk’s A Trance for the Ever-Toiling Witch provides a familiar journey with a few twists and turns. If you are a fan of the classic bands that we all know and love, the First Evocation’s display of unapologetic Norwegian black metal worship will appeal to you. Some will find enjoyment in the Second Evocation’s noisy, dark ambient soundscapes. Although, this part of the album will not be for everyone.

For Fans Of: Early Carpathian Forest, Ancient, and Darkthrone.

Standout Tracks: “Wolf-Hymn” and “Of Rape and Vampirism.”