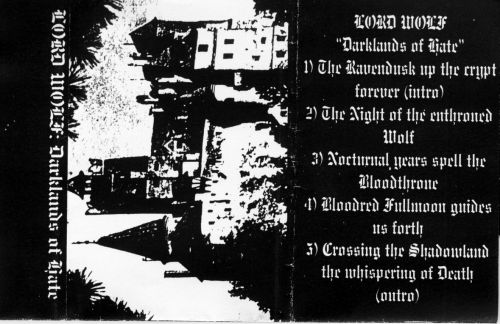 Out of all the music scenes that I have come across so far, the dungeon synth scene is one of my favorites. At times, I ask myself: “Why?” Perhaps, it is due to the genre’s fantasy influences, which brings a great sense of euphoria to the inner Lord of the Rings and RPG fan in me. Or maybe it is because dungeon synth places a large emphasis on atmosphere. This quality makes it similar to black metal (another genre that is close to my heart). Though I may never get an exact answer, I do know dungeon synth has the ability to dig into the deepest trenches of a listener’s mind and bring out vivid images from their imagination.

While modern DS artists can appeal to the listener’s imagination, this genre’s old-school figures have a more powerful impact on me. There was an undeniably “magical” charm to the 90s DS scene. Artists––such as Mortiis, Lamentation, and Onoskelis––presented some of the most imaginative material of their time. Even today, they are still able to stand out among the array of projects in the current scene. However, their acclaim came with its pros and cons. While it is great that the aforementioned artists’ popularity helps new DS fans discover them, this fame has the potential to overshadow lesser-known projects from the 90s. The 90s were filled with amazing DS artists, which can be classified as hidden gems. The prime example of this idea is Lord Wolf.

Lord Wolf is a Greek project that combined folk black metal, dungeon synth, and dark ambient music. The project was active from 1996 to 2000. Very little is known about its members, Abrathar (guitars) and Mysrall (vocals, keyboards)––besides the fact that they were also in a band called Throne of Splendour. For this review, I will be covering Lord Wolf’s Darklands of Hate. Darklands of Hate was self-released by the band in 1998. Sadly, the album has never been reissued since. Any physical copies of this record floating around the internet are most likely fan dubs. 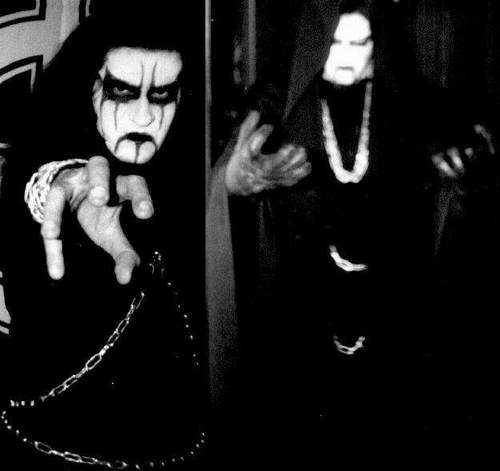 Darklands of Hate contains five tracks of vampyric dungeon synth. Mysrall handles all of the songwriting on the record and he does an incredible job. Not only do his melodies sound majestic, but they resonate with a sense of melancholy.

For example, there is the opening track, “The Ravendusk Up the Crypt Forever (Intro).” Though the song is mostly comprised of the same notes, it is hypnotic––almost as if each note is lulling the listener into a dream.

Then, one of the most beautiful DS songs comes into play, “The Night of the Enthroned Wolf.”  The track begins with a wondrous and dreamlike tone. However, this comes to a close halfway through the song and is replaced by more sorrowful melodies.

Another highlight is “Nocturnal Years Spell the Bloodthrone,” which continues the dreamy style present in earlier tracks. As the song progresses, Mysrall’s sounds of beautiful woe are taken over by new spellbinding notes.

The next track, “Bloodred Fullmoon Guides Us Forth,” is the longest one on the album (11:45 to be exact). It begins with a gothic tone––similar to what can be found in Lamentation’s material. Soon Mysrall’s signature notes of captivating sorrow arrive to further submerge the listener into this dream of Lord Wolf’s “Darklands.” After this part is finished, Mysrall plays in a more dark and slow style. As a result, the song gains a Stygian eeriness. Finally, it ends in the artist’s typical somber playing style.

The album concludes with “Crossing the Shadowland the Whispering of Death (Outro).” Mysrall continues the gothic sound that he utilized on the previous track. One aspect that lets this song stand out is its atmosphere. Unlike the dark melancholy in “Bloodred Fullmoon Guides Us Forth,” “Crossing the Shadowland the Whispering of Death (Outro)” is bereft of sorrow. Instead, the song gives off a more mysterious and shadowy aura. Most notably, there is Mysrall’s excellent performance. His notes sound like “steps” that an unknown individual is taking into “the Shadowland.”

Lord Wolf’s Darklands of Hate is an unforgettable journey into vampyrism, melancholia, and profound beauty. With their emotive melodies and evocative atmosphere, every track is able to bring out the most of a listener’s imagination. So, if you like powerful dungeon synth, Darklands of Hate is the ideal release for you.

For Fans Of: Lamentation, Mournful Moon, and Wallachian Cobwebs.

Standout Tracks: “The Ravendusk Up the Crypt Forever (Intro),” “The Night of the Enthroned Wolf,” and “Nocturnal Years Spell the Bloodthrone.”